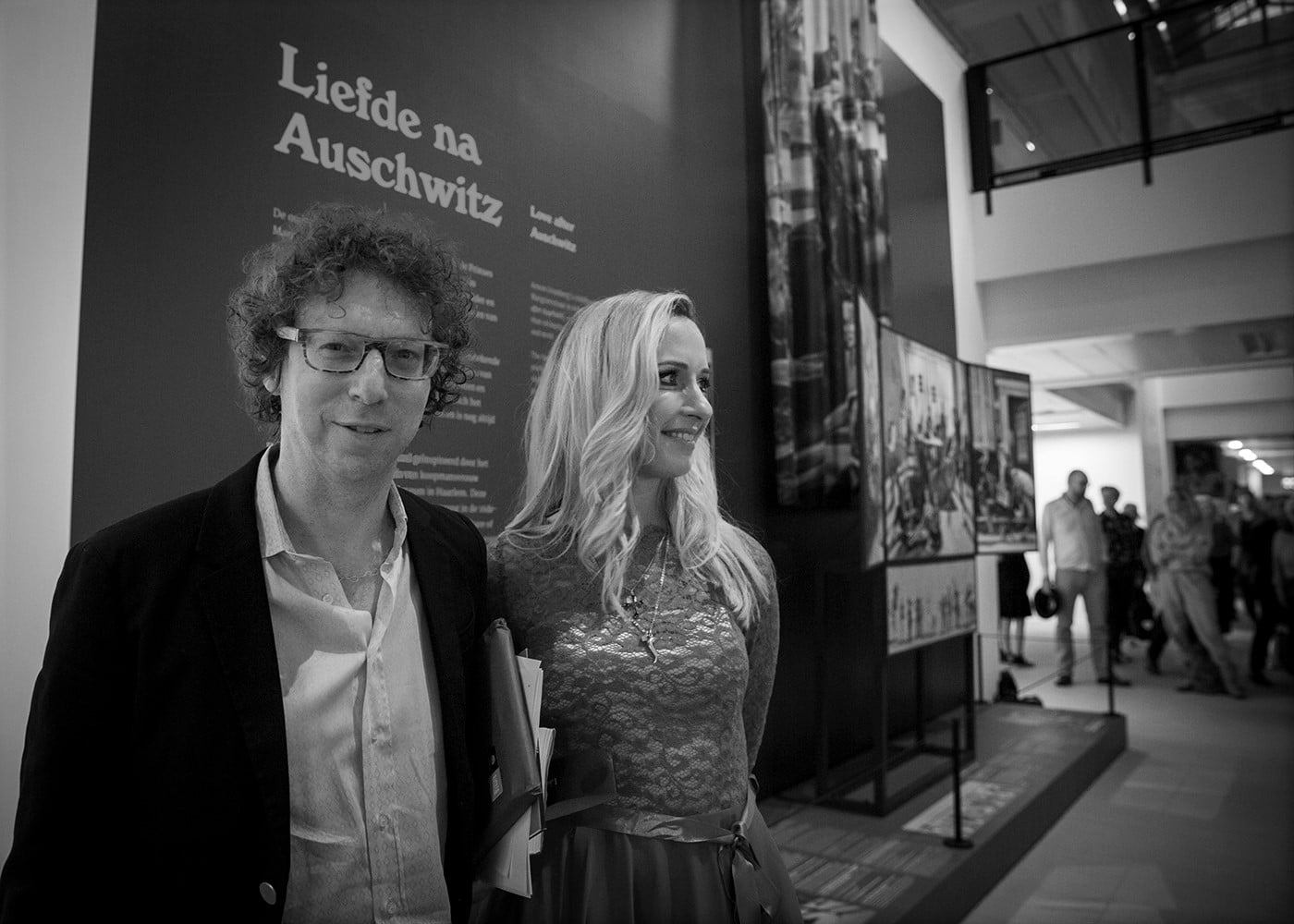 An invite by the Literatuurmuseum (Museum of Literature) in 2018 to paint a portrait of author Arnon Grunberg led to the birth of a much vaster project.  A ‘gesamtkunstwerk’ of a writer and painter for which the first 50 years of Arnon Grunberg’s life and work served as material.
Elisa Pesapane painted a monumental triptych on wooden panel and wrote a book (the user manual for the painting) that are complementary to each other: Liefde na Auschwitz Op reis met de verslinders en verslondenen van Arnon Grunberg (Love after Auschwitz. A journey with the devoured and the devourers of Arnon Grunberg).

Marrigje Rikken, Head of collections of the Frans Hals Museum, Haarlem: Wonderful how Elisa Pesapane’s visits as a little girl  to the Frans Hals Museum and to the 18th century doll’s house of Sara Rothé, later inspired her as an artist to create new work. Just as Sara transformed old 17th century doll’s houses into a new one of which  the text on its pennon sheds a light on life in a metaphorical sense, Elisa Pesapane has found a new form to capture the life and work of a fellow artist in images.

In doing so, she innovatively gives account of a fine tradition of transmission and contemplation” 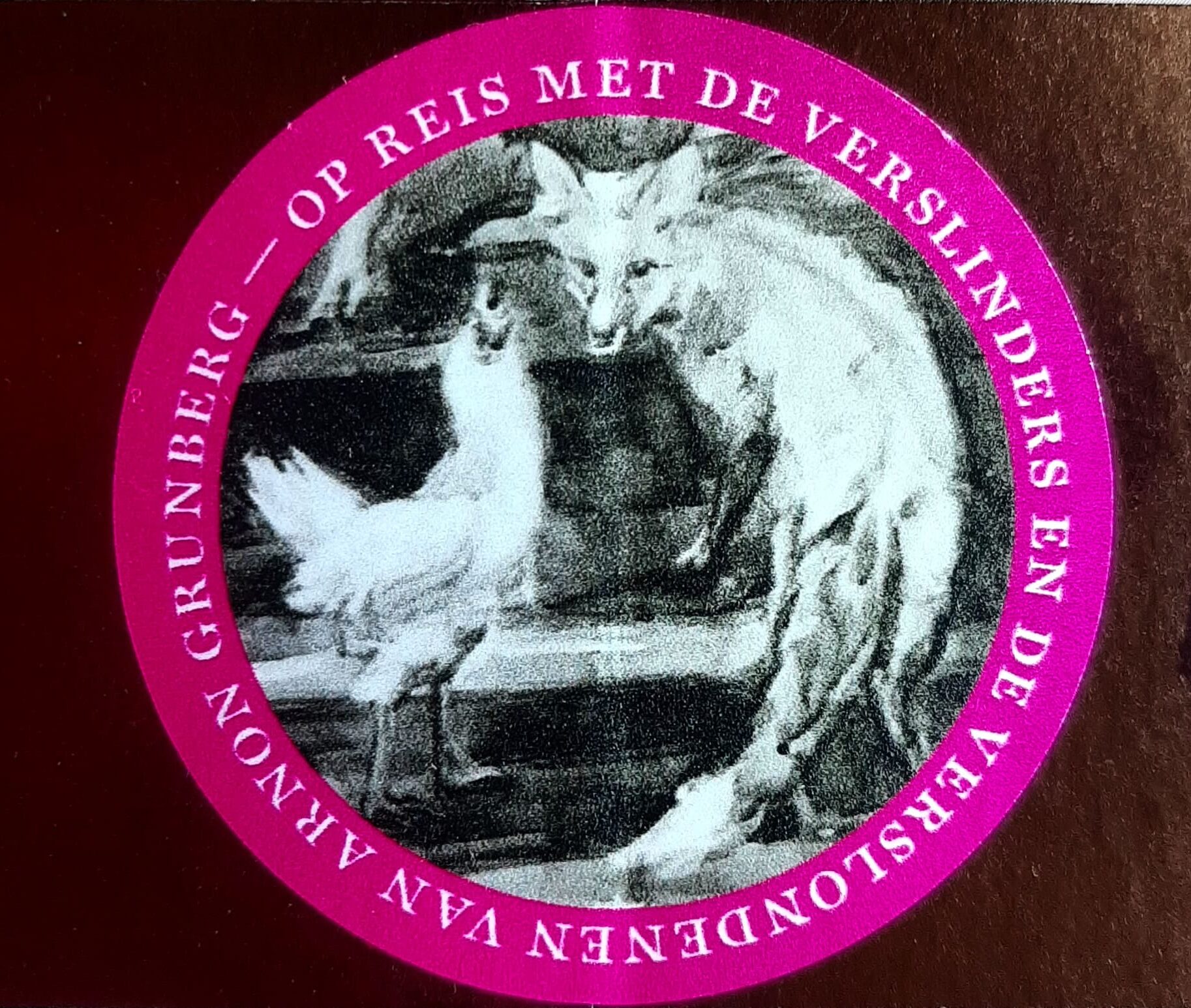 Triptych and book In ‘Love after Auschwitz’, triptych and book by Elisa Pesapane, the spectator and reader are taken on a journey through the first 50 years of the life and work of Arnon Grunberg. The dialogue between Pesapane and himself, her study of his work and her meetings with the models form the building blocks for the project.

Arnon Grunberg provided the title and his life and work became Pesapane’s material. Together they compiled a list of people who already had played a role in his literary work and were to become, including Arnon himself, Elisa Pespane’s characters.

Commenting on ‘Love after Auschwitz’, Wim Weijland, director of the Rijksmuseum van Oudheden , said:
“With ‘Love after Auschwitz’, Elisa Pesapane has created a totally new genre. It is not the portrait of a an author but rather a visual biography of the life and work of a great author. Together Pesapane and Grunberg -two outstanding storytellers- give shape to a totally new story in which the spectator is taken on a journey between reality and fantasy.”

Image: Detail of ‘Love after Auschwitz’, beneath mother and son waving goodbye from the train on the closed outer panels of the triptych lies the ‘Marionette theatre of war’.

The book and user manual for the triptych
Grunberg stimulated Pesapane to put down in words her travels and tell the stories of the meetings with all the models for the project. These reports show how thin the line between reality and fantasy can become when a storyteller pays you a visit.
The book Liefde na Auschwitz Op reis met de verslinders en verslondenen van Arnon Grunberg (Love after Auschwitz. A journey with the devoured and the devourers of Arnon Grunberg) is a miniature version of the triptych (including a legend of all the characters), inside this miniature triptych lies a book, the user manual for the painting with an epilogue written by Arnon Grunberg.

The book is designed by Yolanda Huntelaar / Werkplaats Amsterdam.